I've pinned several projects on Pinterest for refashioning t-shirts and finally got brave enough to try one.  I wanted to do the first attempt on a t-shirt that wasn't too sentimental for me.  The one I chose was from my sister's trip to London around 15 years ago.  The London Olympics seemed like the perfect time to pull this shirt out again and give it new life.  The tutorial I followed can be found here.  I decided to finish the edges, and I took one commenter's advice and used the bottom hem I had cut off as the tie rather than cutting off another strip above that.


Here is the before picture: 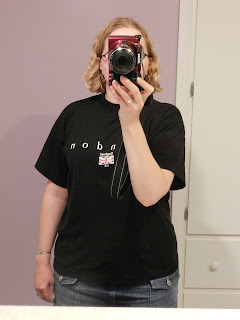 And here's the after picture: 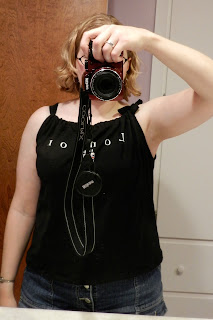 Update:  I wore this shirt recently when I knew I was going to see the sister who had given it to me.  She looked at it and said, "When did you go to London?"  She didn't even recognize it!

My friends and my inspiration 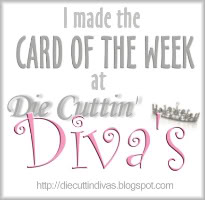